February 21, 2018 -The Frick-Richman Group presented the very powerful ““Racist Rally Redux: The Vietnamese Fishermen v. The Ku Klux Klan”* *Some of the sworn deposition and trial testimony taken from historical archives will be offensive” at the University Club.

In 1981, armed Klansmen cruised Galveston Bay and practiced guerrilla tactics at secret paramilitary camps. They tried to destroy Vietnamese-Americans’ fishing businesses by burning their boats and threatening their lives. Fearful of competition from the Vietnamese, the white fishermen had invited the Knights of the Ku Klux Klan, to send a message to the Vietnamese before the start of the shrimping season. The Klan group trained in the use of grenades, explosives, weapons, techniques of ambush and hand-to-hand combat, all in preparation for what they believed was an impending “race war.” Southern Poverty Law Center attorneys filed a lawsuit that stopped the Klan’s terror campaign and shut down its paramilitary training bases.

The Frick-Richman group performed a powerful reenactment of events during the legal proceedings against the KKK. After the presentation, Members engaged in a thought-provoking dialogue about the issues raised. 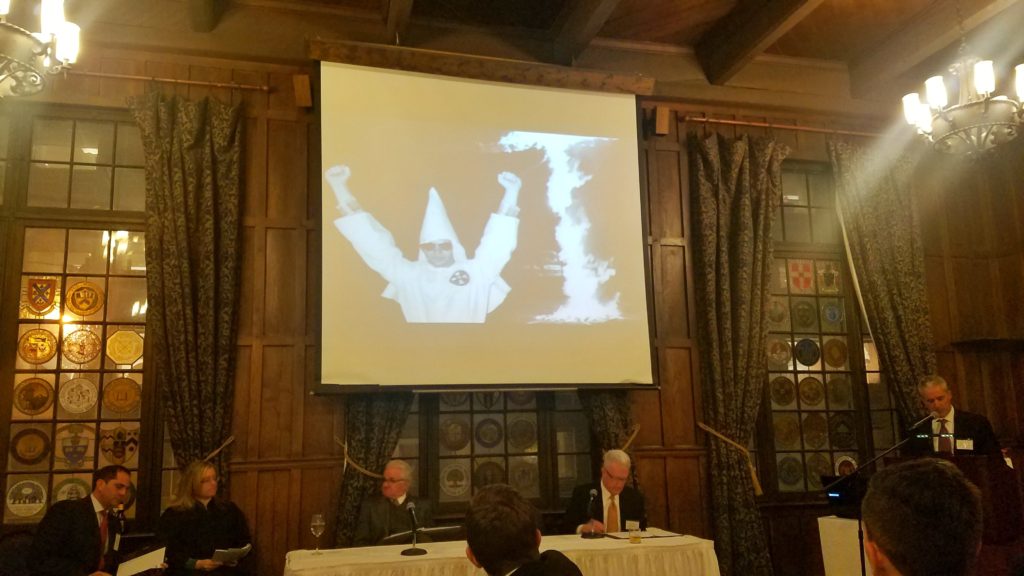