University Club, Denver – The Jackson Group kicked off the Doyle Inn year as is traditional since new President Becky Bye is a member. The presentation was “LONDON CALLING – A HITCHIKER’S GUIDE TO THE INNS OF COURT” A stimulating discussion about barristers, the historic UK Inns of Court, and the birth of our Doyle Inn.

The panelists included former Pegasus Scholars Becky Bye and Peter Murphy, Jameson Jones a previous Temple Bar Scholar to the United Kingdom,  and Doyle Inn founder and Colorado legal legend the Hon. Alfred Harrell.  Becky, Peter, and Jameson discussed their experiences in the UK and observations about the legal profession, legal system, and Inns of Courts there. Judge Harrell regaled the group with the history of the American Inns of Courts and the formation of the Doyle Inn, of which he was a founding member.

Before the panel commenced, London-based barrister Ryan Brennan addressed the Doyle Inn via video message from the United Kingdom. He gave the membership a full explanation about the structure of the English legal profession and the Inns of Courts. 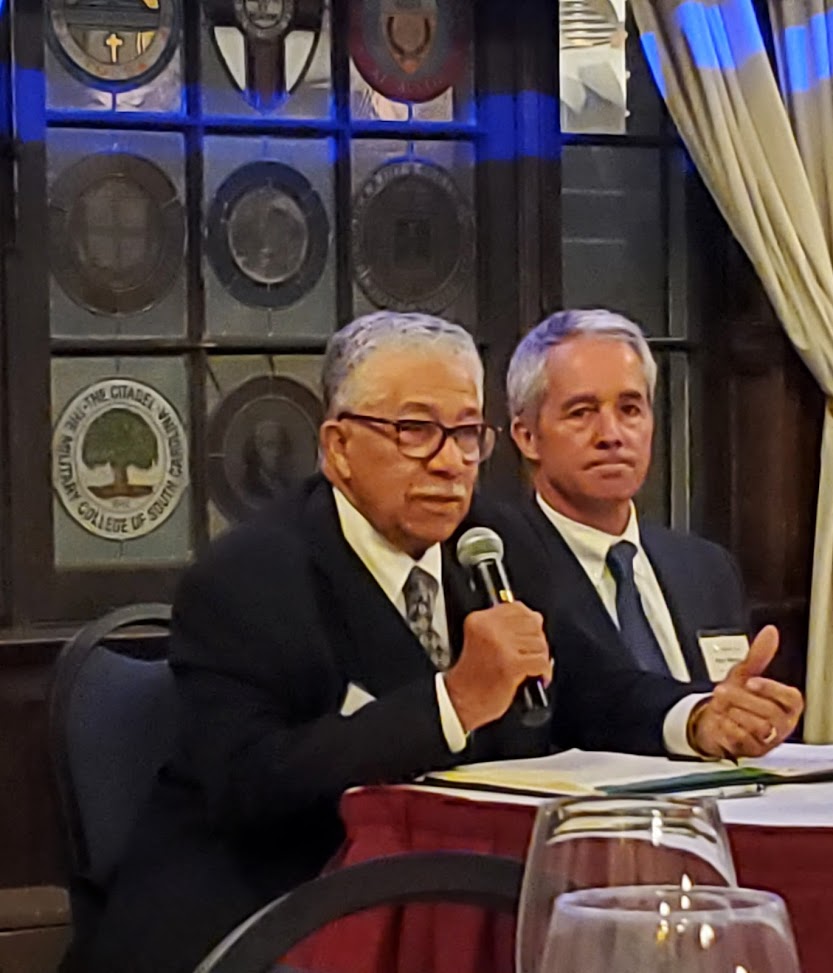