At our May 18th meeting, the Doyle Inn hosted a panel discussion discussing perspectives on the Russia-Ukraine war.  The presentation, organized by Judge Liz Harris and her pupilage group, featured Dr. Sanja Bhagat, Dr. Betcy Jose, and Dr. Christoph Stefes discussing factors that led to the war, geopolitics, human rights abuses, and impact both on the U.S. and Russian economy. 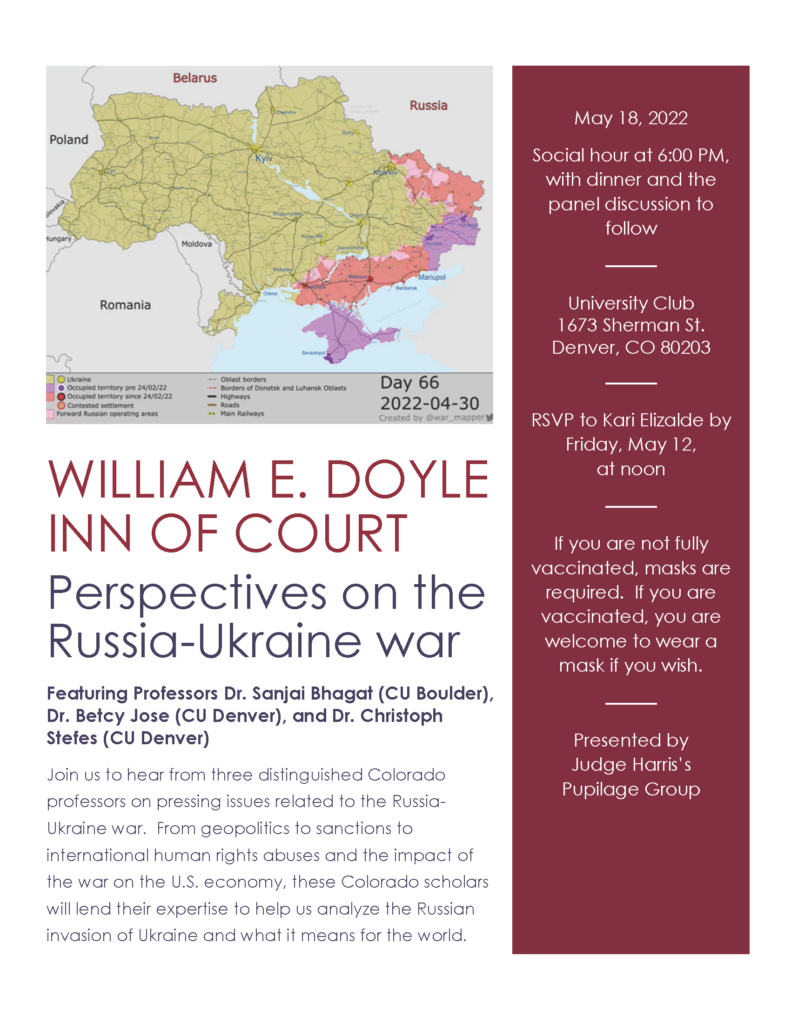 At our April 20th meeting, the Doyle Inn heard from representatives of the Colorado Commission on Judicial Discipline.  The panel discussion included remarks from the commission’s Chair, Liz Krupa; from the commission’s executive director, Christopher Gregory; and from the commission’s Vice Chair, the Hon. David Price.  The panelists discussed the commission’s charge, its makeup, the number and type of complaints it receives, the amount of cases that proceed to investigation and discipline, and the pending legislation making its way through the General Assembly—including the bill’s purpose, scope, and limitations.  An engaging, challenging discussion followed.  Thank you to Judge Goldberg’s group for organizing.

On February 16, the Doyle Inn met virtually for a program organized by the Judge Johnson Group, to hear a CLE on environmental law discussing climate change and the recent Glasgow Climate Change Conference COP26.  Presented by Inn member John L. Watson, the presentation discussed current climate metrics, calls to action, and climate change in pop culture.  Over the last three decades, Speaker Watson has closely followed the United Nations Climate Change Conferences of the Parties, including most recently the 26th Conference held in Glasgow, Scotland, in October and November 2021.  His presentation reviewed the international political climate that preceded COP26, outlined the 30-year history of the United Nations’ climate change activities, summarized the outcomes and agreements reached in Glasgow, and reviewed the Biden Administration’s initiatives to fulfill the U.S. commitments to address climate change.

On Thursday, December 30, 2021, the Marshall Fire ignited in Boulder County, Colorado.  With winds gusting up to 100 mph, the fire spread rapidly.  It burned through significant portions of the towns of Superior and Louisville, Colorado, as well as through parts of unincorporated Boulder County.  Over 1,000 homes were lost, and tens of thousands of residents were forced to evacuate—often with only moments to gather belongings and flee.  Few in the greater metro area were unaffected, and the Doyle Inn was not immune.  Several Inn members directly were affected, including losing their home, and many Inn members know additional colleagues and people impacted by the fire.

In response, the Doyle Inn distributed Marshall Fire information, including donation options, fire resources, available services, and outreach programs.  It also offered a place to turn for Inn members impacted by the fire.  Additionally, the Inn sent out a call seeking Inn members able to assist in assessing insurance claims, which can be difficult and draining under the circumstances.

With the COVID-19 Omicron variant contemporaneously sweeping through the state, the Doyle Inn made the difficult but necessary decision to pivot to meeting virtually in January.  The Inn then decided to donate the approximate amount we would have spent meeting in person in January to the wildfire relief efforts.  Specifically, on February 4, 2022, the Doyle Inn of Court donated $4,000 to the Community Foundation’s Boulder County Wildfire Relief Fund.  At least one other Inn has similarly committed to donating, so both individually and collectively, we have made a small but respectable contribution to ongoing relief for those impacted by the Marshall Fire.

We believe such donation not only supports our affected Inn members, but also is consistent with our Inn’s purpose and ideals, along with supporting the greater Colorado community.  We are a community, and we stand with those affected by the Marshall Fire.  But there is more to be done.  So we encourage other citizens and Inns to likewise consider donating to this important relief effort.  The degree of devastation is difficult to convey, and the need for assistance immense.  The recovery and rebuilding process will take time.  You can learn more about the Community Foundation’s Boulder County Wildfire Relief Fund by visiting https://www.commfound.org/grants/get-grant/Boulder-County-Wildfire-Fund

Colorado Secretary of State Jena Griswold was our featured speaker at the our January 25th program. After presenting to the Inn for approximately 20 minutes, Secretary Griswold took questions for the remainder of the hour.  Discussion ranged from Secretary Griswold’s path to office and Colorado’s mail-in ballot procedure, to efforts made to preserve and enhance election security, to threats to election integrity and the Secretary’s efforts to coordinate a national response to ensure secure elections, to what it means to be an elected official in a politically divisive climate.  Given the prevalence of Omicron in our community, our Inn shifted to a virtual format, which was perfectly structured for this presentation.  We enjoyed a robust Q & A, and we thank the Frick/Richman group for putting together this program. 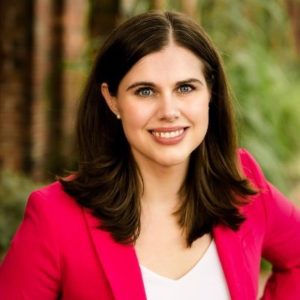 In December, the Doyle Inn co-hosted a virtual joint-Inn CLE with the Thompson Marsh and Minoru Yasui Inns of Court.  The program addressed the importance of diversity and inclusion; recognizing, addressing, and responding to bias, exploring implicit bias; and obstacles legal professionals have encountered as a result of bias in the practice of law.  It challenged attendees to think critically about bias and engaged the audience with exercises to think about their background.  It also satisfied Colorado’s newly enacted EDI CLE requirements.

November Program: THE UNITED STATES IN AFGHANISTAN AND AFGHAN REFUGEES IN DENVER

Our November program, presented by the Neureiter Group, featured a joint presentation by a Doyle Inn member and Afghanistan war veteran alongside the executive director of the Colorado office of the International Rescue Committee, which is resettling Afghan refugees in Denver.  The discussion ranged from thoughts and insights from serving in Afghanistan, to the recent withdrawal and collapse of the Afghan government, to efforts to evacuate and provide emergency aid and long-term assistance to Afghan refugees resettling in the United States and Colorado.

Our October program featured a tandem presentation by Colorado Supreme Court Chief Justice Boatright and Justice Márquez, presented by Chief Judge Tymkovich’s group. Their presentation focused on enhancing trust, transparency, and diversity in Colorado’s judicial branch.  The justices discussed recent amendments to the judicial code of conduct, Colorado’s judicial retention and review process, and the drive to increase diversity representation on the bench, as well as highlighting the important work done by the judicial nominating commissions. 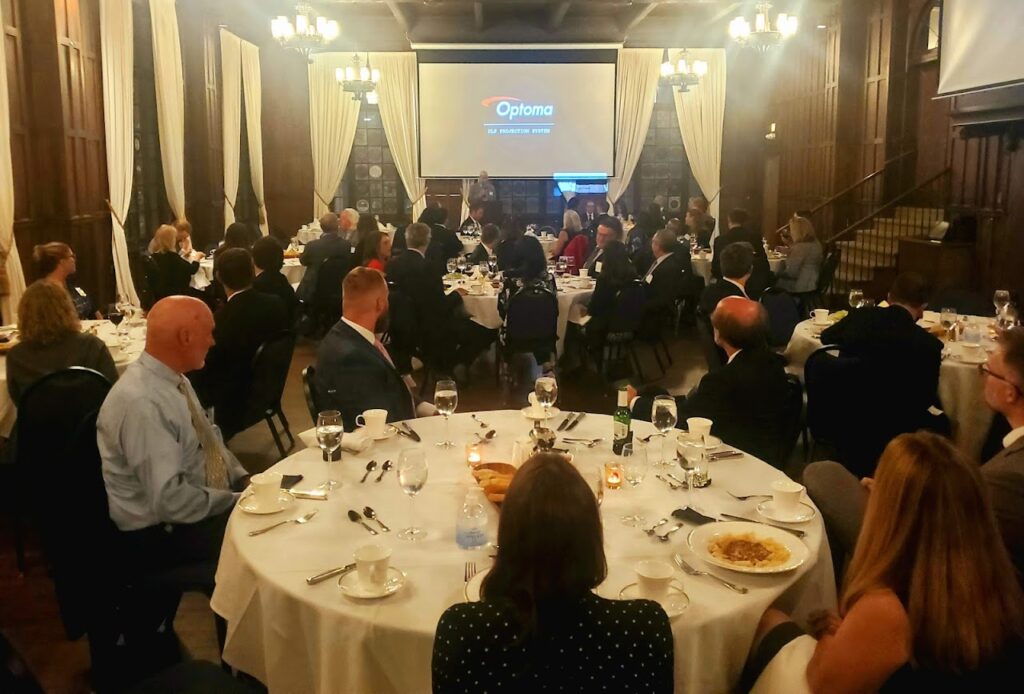