On Thursday, December 30, 2021, the Marshall Fire ignited in Boulder County, Colorado.  With winds gusting up to 100 mph, the fire spread rapidly.  It burned through significant portions of the towns of Superior and Louisville, Colorado, as well as through parts of unincorporated Boulder County.  Over 1,000 homes were lost, and tens of thousands of residents were forced to evacuate—often with only moments to gather belongings and flee.  Few in the greater metro area were unaffected, and the Doyle Inn was not immune.  Several Inn members directly were affected, including losing their home, and many Inn members know additional colleagues and people impacted by the fire.

In response, the Doyle Inn distributed Marshall Fire information, including donation options, fire resources, available services, and outreach programs.  It also offered a place to turn for Inn members impacted by the fire.  Additionally, the Inn sent out a call seeking Inn members able to assist in assessing insurance claims, which can be difficult and draining under the circumstances.

With the COVID-19 Omicron variant contemporaneously sweeping through the state, the Doyle Inn made the difficult but necessary decision to pivot to meeting virtually in January.  The Inn then decided to donate the approximate amount we would have spent meeting in person in January to the wildfire relief efforts.  Specifically, on February 4, 2022, the Doyle Inn of Court donated $4,000 to the Community Foundation’s Boulder County Wildfire Relief Fund.  At least one other Inn has similarly committed to donating, so both individually and collectively, we have made a small but respectable contribution to ongoing relief for those impacted by the Marshall Fire.

We believe such donation not only supports our affected Inn members, but also is consistent with our Inn’s purpose and ideals, along with supporting the greater Colorado community.  We are a community, and we stand with those affected by the Marshall Fire.  But there is more to be done.  So we encourage other citizens and Inns to likewise consider donating to this important relief effort.  The degree of devastation is difficult to convey, and the need for assistance immense.  The recovery and rebuilding process will take time.  You can learn more about the Community Foundation’s Boulder County Wildfire Relief Fund by visiting https://www.commfound.org/grants/get-grant/Boulder-County-Wildfire-Fund 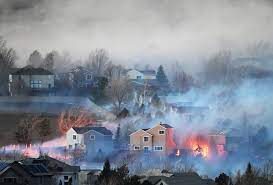